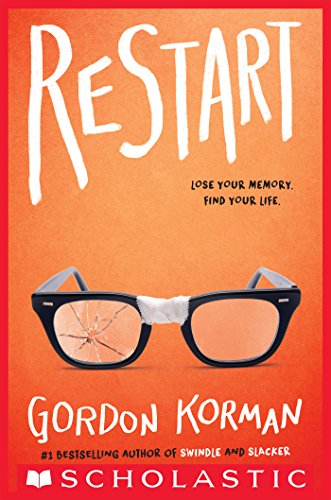 Chase doesn't remember falling off the roof. He doesn't remember hitting his head. He doesn't, in fact, remember anything. He wakes up in a hospital room and suddenly has to learn his whole life all over again . . . starting with his own name. He knows he's Chase. But who is Chase? When he gets back to school, he sees that different kids have very different reactions to his return. Some kids treat him like a hero. Some kids are clearly afraid of him. One girl in particular is so angry with him that she pours her frozen yogurt on his head the first chance she gets. Pretty soon, it's not only a question of who Chase is -- it's a question of who he was . . . and who he's going to be. From the #1 bestselling author of Swindle and Slacker, Restart is the spectacular story of a kid with a messy past who has to figure out what it means to get a clean start.

The Marlboro Central School District offers equal educational and employment opportunities, including career and technical education opportunities, and does not discriminate on the basis of race, color, national origin, sex, disability, age, or other protected categories under state or federal law, in its programs and activities and provides equal access to the Boy Scouts and other designated youth groups. The following persons have been designated to handle inquiries regarding the non-discrimination policies: Michael Bakatsias, Assistant Superintendent Robin Hecht, Director of Curriculum and Instruction Marlboro Central School District 21 Milton Turnpike Milton, NY 12547 (845) 236-8000 Inquiries regarding discrimination on the bases listed above may also be made to the United States Department of Education, Office for Civil Rights, 32 Old Slip, 26th Floor, New York, NY 10005, (646) 428-3800, ocr.newyork@ed.gov.
Copyright © 2002-2021 Blackboard, Inc. All rights reserved.